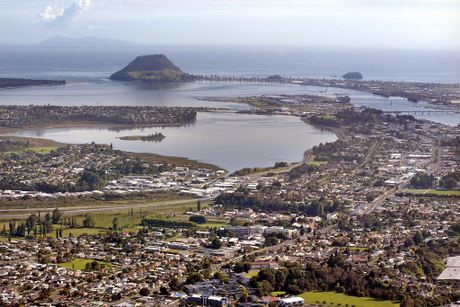 The average sale price in Tauranga had hardly moved.

Western Bay house prices edged higher in the past 12 months, with sale prices in Mount Maunganui/Papamoa jumping $25,000, new figures reveal.
Latest Real Estate Institute of New Zealand figures show the median house price in Tauranga was $363,000 in May, up from $356,000 a year ago.
Just over 150 houses sold during the month, compared to 140 last May.
LJ Hooker Tauranga principal Neville Falconer said average house price data – which compared year-on-year trends – showed an even bigger jump in the Tauranga market.
The average number of monthly sales during the year to May had jumped 15 per cent to 123, he told the Bay of Plenty Times.
Despite this, the average sale price in Tauranga had hardly moved.
“It’s in a band of $390,000 to $410,000 and it’s hardly gone outside that for two years.
“While there’s a slow increase in the number of sales happening, as yet there is no indication of any real change in sale prices.”
A steady supply of “ready-to-build” sections in Tauranga, combined with numerous “building companies willing to build” had helped keep property demand in check, he added. “That’s going to hold prices … from rushing up very quickly.”
Meanwhile, figures for the Bay coastal market show the median house price in Mount Maunganui and Papamoa rose to $435,000 during May from $410,500 a year earlier. Monthly sales fell slightly year-on-year to 87 last month.
Nationally, house sales in May reached their best levels for the month since 2007.
Auckland and Canterbury’s buoyant property markets continued to lead the way, with both regions posting record high median sales prices. Auckland hit $565,000 for the month and the Canterbury/Westland region registered $360,000.
Real Estate Institute chief executive Helen O’Sullivan said the national median house price rose $23,000 in the 12 months to May, to reach $392,000 – $8000 below the record median set in March.
While price gains in other centres have been modest, sales in the Nelson/Marlborough region also set a new median high of $353,625, figures showed.
Auckland’s property market – which Ms O’Sullivan said was “driving up house prices at both the regional and national level” – and strong demand in Canterbury continues to cause headaches for financial policy makers. The Reserve Bank’s monetary policy statement, issued yesterday stated Kiwi house prices had increased nationally by 9 per cent between the April 2012 and 2013 quarters.
This was driven by homes in Christchurch and Auckland, which rose in price by 11 and 14 per cent, respectively.
“Outside these areas, prices rose by an average of around 4 per cent, although there is considerable variation among districts.”
Ross Stanway, chief executive of Realty Services, which operates Bayleys and Eves, said the $25,000 increase was likely because more higher priced properties had been sold rather than an overall increase in property values.
“There has been more activity but the interesting factor now is there are a lot of people holding back from putting their properties on the market in anticipation of house prices increasing. But offsetting that, without doubt the Reserve Bank will tighten up on deposit requirements, which will affect certain price ranges and purchases.”
Tauranga Harcourts managing director Simon Martin also said the figures were indicating people were buying higher-end properties rather than a rise in property values.
“There has been slightly more interest in the $700,000 to $800,000 bracket, that’s probably why the REINZ figures have jumped up.” Mr Martin said it was good the price rises were steadily increasing rather than in a big boom like in Auckland.
Greg Purcell, franchise owner of Ray White Realty Focus in Mount Maunganui and Papamoa, said he had seen more interest in the $500,000-plus valued properties than he had seen for some time.
“It doesn’t mean properties under $500,000 aren’t selling, but that the money is loosening up.
“There’s certainly a tightness for new listings at the moment. The experienced agents are really struggling to find homes to come on to the market. People are reticent about putting their house on at the moment.”